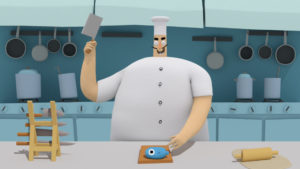 A-SIE, the crab, was watching TV with his friend, the fish. Suddenly, Cook came and took the fish.To save his friend, A-SIE left his comfort zone and fight with Cook!

Castillo is a young dockworker who lives in the coast between Brazil and Uruguay. On a windy night, he faces his own brutality on the line of the fishhook.

A wolf child, a cat, an angel. Daewit is rescued from his violent father and grows up far away from his family among wolves. He is released into a world in which he grows from a child to a man weary of life. Embarking on a mysterious journey to find his own identity, he encounters great hardship but ultimately finds peace in forgiveness. 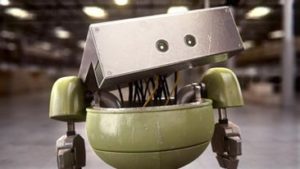 Time passes for all, and at every choice a renounce is made. 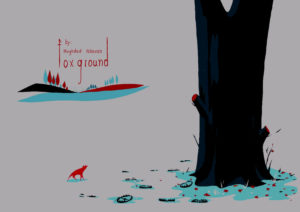 Efforts of a fox that exist very ambush in it way for pass.

Short film describing affection in 3 different chapters, through an impact on a distant solar system. Abstract haiku-like situations reveal the change in atmosphere on one planet, caused by the change of gravity and light. This pulsing planet makes the inhabitants become one with each other in various ways.

Mishima lives in the shade, surrounded by worms in his underground habitat. One morning, he discovers beautiful Saiko who awakens inside a rose. Saiko is thirsty. Saiko is hungry. Saiko is cold… But Mishima, like worms, is not supposed to live in the sunlight…

On his way to work, Ruben is haunted by obsessive-compulsive thoughts; is the front door locked? Is the stove really turned off? As Ruben’s creative mind is invaded by increasingly absurd scenarios, reality and imagination begin to merge…