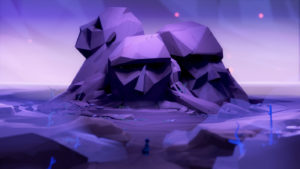 In the city of bag-heads, a senate member faces a tough choice between political career, brothels and love for a mysterious woman. A choice that will transform his life and the city in unimaginable ways.

The native people of the surrealistic land of Superbia, where men and women form separate societies, face the changes sparked by the first equal couple in their history.

The Lighthouse, an original stop motion short film by debut filmmaker Simon Scheiber, tells the tale of a lighthouse keeper’s surprising discovery that pulls him out of his monotonous, daily routine and takes him onto a journey into uncharted territory.
Made up of over 14,000 photographs, The Lighthouse is a neo noir stop motion animation crafted by two hands over the course of 7 years. 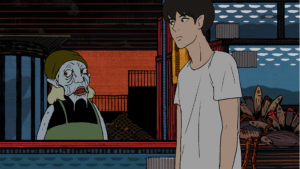 Young fisherman Hoon tries to figure out how to get rid of the mermaid that got caught in his net by chance.

The film is the story of man and his relationship with nature – the nature of which we are the part; which has the ability to renew themselves, dying and re-return to life. Unreal atmosphere and constantly blowing wind that can destroy, but it also gives hope for the birth of something new, raise the question – whether we watch moment just before awakening the hero, or from collapsing in deepest sleep of no return? Technique: ground coffee on the backlit glass background